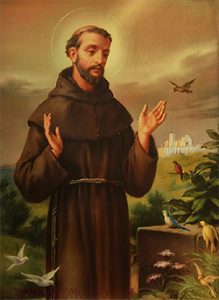 Robert F. Kennedy, Jr. has the passion, the eloquence and the progressive instincts for which his political family is so renowned. Son of the late Senator from New York and nephew of President John F. Kennedy, Bobby Kennedy Jr. is an ardent environmentalist, serving as senior attorney for the Natural Resources Defense Council. Robert F. Kennedy, Sr. passed down to his son not only a set of beliefs, but also his middle name—which was given in honor of Frances Bernadone—a twelfth century Italian Catholic who became known as Saint Frances of Assisi, patron saint of animals and the environment and founder of the Franciscan order. As a child, scenes from the life of the gentle monk adorned Bobby Junior’s bedroom. And recently, Bobby wrote a children’s book entitled “Saint Francis of Assisi, A Life of Joy.”

This program was recorded well before Mr. Kennedy’s recent controversial statements about vaccinations and is unrelated to that topic.