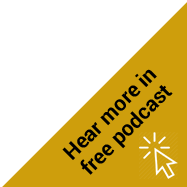 Donning the title of “urban naturalist” at the Audobon Society of Portland, Mike Houck is part of a new wave of conservationists. He points out that in or around the cities and towns where most people live, juxtaposed to the “built” environment, nature also abounds in the form of parks, trails, streams and wetlands found in metropolitan areas. The integration of the man-made and the natural environments constitutes a green infrastructure we should restore and preserve for the sake of more livable communities, and as an act of social justice in the interest of low-income people unable to take expensive vacations in distant rural locales.

As stated by the Smart Growth Network:

In communities across the nation, there is a growing concern that current development patterns — dominated by what some call “sprawl” — are no longer in the long-term interest of our cities, existing suburbs, small towns, rural communities, or wilderness areas. Though supportive of growth, communities are questioning the economic costs of abandoning infrastructure in the city, only to rebuild it further out…

In general, smart growth invests time, attention, and resources in restoring community and vitality to center cities and older suburbs. New smart growth is more town-centered, is transit and pedestrian oriented, and has a greater mix of housing, commercial and retail uses. It also preserves open space and many other environmental amenities.

When you’re in one of these natural areas, even though you may be able to hear the city in the background, I think most people can tune that out and tune into the natural area that they happen to be in or the park for that matter… If you actually take the time to watch its behavior, every critter that you encounter is going to be a new experience, because it’s going to do something different. So it’s a never-ending joy to be able to observe these things in the heart of the city. The knowledge that we’re coexisting in the same environment is pretty powerful.”

—Mike Houck, founder of the Urban Greenspaces Institute, Portland, OR