Are we still living with the racial divide left over from the Civil War? This provocative audio documentary explores the history of a conflict that nearly tore America apart. 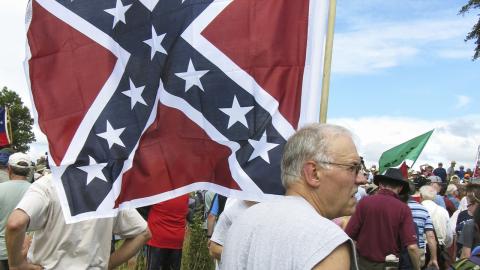 Has it resurfaced today in the rise of white supremacism, election denialism, the attack on Critical Race Theory and the Confederate flags brought into the Capitol during the January 6, 2021 insurrection?

You’ll hear historians and a former US senator from Alabama explain the ideology that came to be known as the Lost Cause. 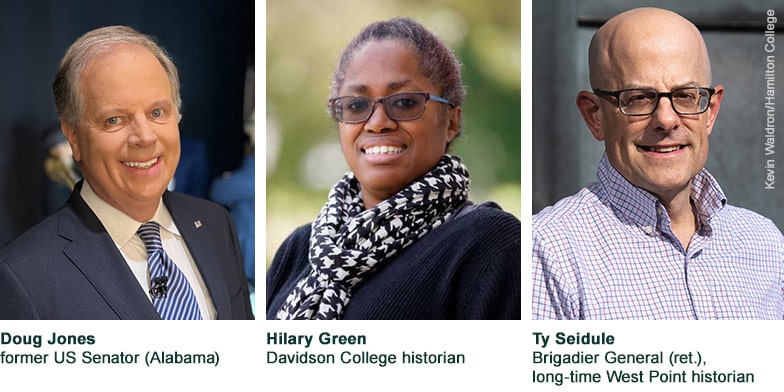 Over a third of all white families in the South actually owned human beings.  And their four million African American captives had a monetary value estimated at $126 billion in today’s money.

So the Confederacy and its hero Robert E. Lee were defending the largest financial asset in the American economy, second only to land. In effect, they formed a new country — although it was never recognized. In later decades, some of the Lost Cause was romanticized in popular films like Gone with the Wind and Confederate statues.

But the reality was brutal. The death toll from the Civil War is now estimated at 750,000 — the equivalent today of more than 7 million soldiers lying lifeless.

We also hear a stirring rendition of The Battle Hymn of the Republic, written by the abolitionist Julia Ward Howe.

And we learn of recent efforts to change the names of American military bases from officers of the Confederacy to a more inclusive group of Americans who protected the United States against insurrection.

Send us an email

• Bending Toward Justice, by Doug Jones (former US Senator, Alabama)