Memorialized in a Bob Dylan song and an Academy Award nominated portrayal by Denzel Washington, Rubin Carter was known as “The Hurricane” in his days as a middleweight prizefighter. But in 1966, he was accused of a triple homicide in his home town of Paterson, New Jersey. Carter, and a co-defendant, staunchly maintained their innocence, that they were not in the bar room where the shootings occurred. Both black, they were convicted by an all-white jury, despite dubious testimony by the only supposed witness.

After more than 19 years behind bars, Carter was exonerated when a federal judge declared the witness “unbelievable” and the trial racially charged. But beforehand, Carter had become deeply embittered. Eventually, as chronicled in his 2010 spiritual memoir, he came to realize that feeling victimized robbed him further of his freedom.

In this story, we hear how he transcended the “inner prison” of hatred, self-hatred and playing “the victim.” Recorded at age 74, Carter advocates on behalf of other prisoners who were wrongly convicted, an incarcerated population estimated to number in the tens of thousands in the United States. A remarkable and provocative story on many levels, including excerpts of Dylan’s famous song. 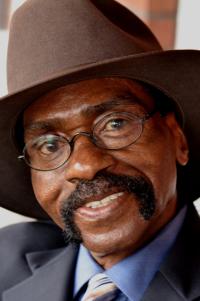