In Providence, Rhode Island, after a savage murder in 2000, community members founded the Institute for the Study and Practice of Nonviolence. Its aim is to reduce gang-related violence and to intervene positively in the lives of at-risk youth. Led by Teny Gross, a remarkable ex-sergeant in the Israeli army, the Institute is a force for peace in the gritty inner city. Part of its unusual approach is to hire ex-felons who have emerged from prison and want to give back to society. These streetworkers are able to form relationships with kids in trouble and help to point them to a more satisfying life. 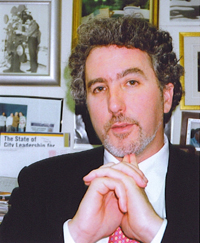 There’s so many opportunities when you’re angry, upset, maybe you didn’t eat, maybe your parents are in jail. I think we have like close to a thousand kids in our school system whose parents are in jail. That’s plenty of anger, and loneliness, and depression, and trauma. We hire ex-offenders. We have four people on our staff who were involved in homicide. But, you know, people change. They were part of a Monopoly game they no longer belong. And have a desire that’s stronger than mine to give back to the world, to repair what they cannot repair. It’s incredible. They’ll work themselves to death to give back for a misjudgment they did in a different battle zone.”

—Teny Oded Gross, Executive Director, Institute for the Study and Practice of Nonviolence

We’re not only just for the gangs itself, but that’s our main target to try to, you know, stop the gang violence within the city. But at the same time we help their families. We help their little brothers, you know? We put — we enroll some of them back in school.”

My goal and mission in life is for what I wanted as a child. You know, the peaceful life, the, you know, the nonviolence. I grew up surrounded by violence all my life. I was born in a refugee camp in Thailand. You know, I barely survived. I came out premature, and everything else. And, you know, came to the United States. When my family bought the house I witnessed a murder like the first month we was there. But somewhere inside, deep down inside I knew I had to get out of there. Like, you know, there’s a different way.”